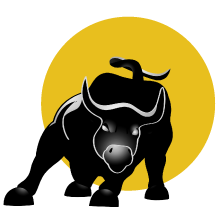 the atum group is a boutique professional services firm that is dedicated to creating value for its clients and the community at large. Our goal is to serve large, medium and small companies alike, across all industries in areas of business strategy, select support functions, and operations. 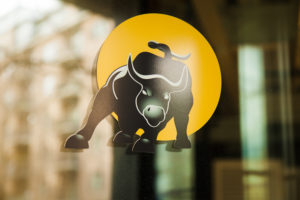 The story of our name:  atum is one of the most important and frequently mentioned deities from the earliest mythological times.  The name is thought to be derived from the verb tm which means to complete or finish.   The deity had several strong positive attributes.

One of the ways the deity was depicted was the silhouette of a bull against the sun.  The firm logo is depicted via the Wall Street bull silhouetted against a rising sun to depict everything positive.   We chose the bull market over the bear market, sunrise/light over sunset/darkness, and the delivery of success via collaboration.  The logo of the firm symbolizes these key aspects further supported by our tag line of Collaborate, Deliver and Achieve (CoDA.)

atum is pronounced ate+um (hum with a silent h) or the dictionary depiction: /eytʌm/ or /eyt(ə)m/